If there is any one food that could give apple pie, hot dogs, or burgers a run for its money as being true American cuisine, it would be BBQ. The smoky flavors are amazing. Marthinus Strydom

The tradition of cooking the meat slow and low over indirect heat has become so popular that it has spawned an entire culture. BBQ has a long history, at times touched by controversy, as is imminent by the BBQ feuds of the South. And, the history of ribs is deeply submerged in this culture. The history of BBQ ribs is as diverse as BBQ itself. It’s a path that began in the Caribbean, traveled north by Spanish Conquistadors, moved overseas to the Americas, and then seasoned with flavors of European settlers.

When Pigs Fly (or Sail) The history of ribs could not be complete without mentioning how and when pigs arrived in the Americas. On the insistence of Queen Isabella, Christopher Columbus brought pigs along on his voyage to Cuba in 1493. However, Hernando de Soto landed in Tampa Bay, FL in 1539 with America’s first 13 pigs. In just about three years the flock grew to over 700 pigs, both domesticated and wild! Since that time and throughout U.S. history, BBQ pork ribs have become the quintessential American food.

The Beef Vs. Pork Controversy Residents of the BBQ Belt, an area that stretches from the Carolinas to the East to Texas and Missouri in the West, and from Kentucky in the North down to the deep South would argue that pork BBQ is the only BBQ. Purists go a step further even to discount the beef-based BBQ of Kentucky and Texas as inauthentic. The pork supply in the south was cheap and easy to raise and required many fewer resources than raising cattle. 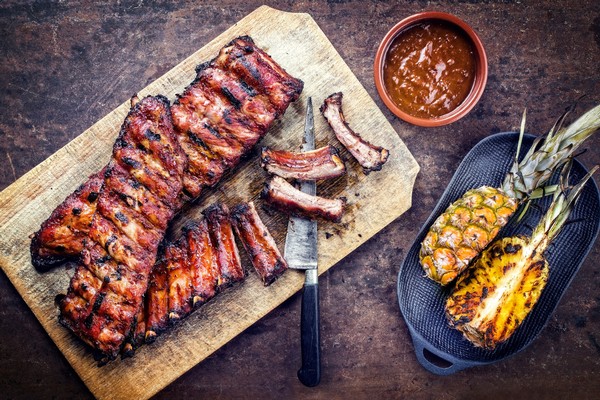 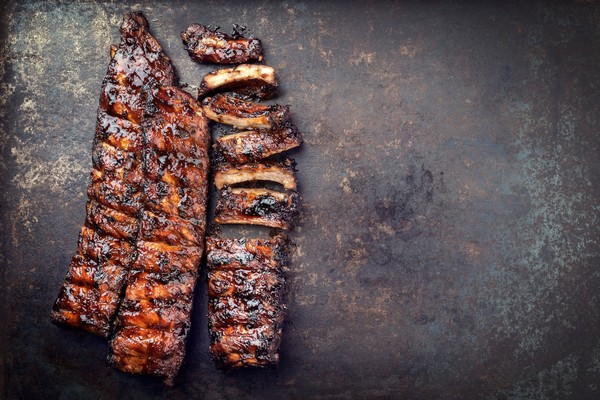