I can’t get enough of this Roti bread recipe! It’s a super easy and delicious Indian flatbread. It is amazing when served with a saucy Indian dish and is perfect for sopping up extra sauce. Use lots of butter!

Chapati, phulka, roti – no meal in India is complete without this quintessential flatbread. It’s as much an Indian cuisine table essential as rice. And while North India is known to be particularly fixated about this oldest flatbread, there is no denying that it is one of the easy-to-take-to and yet one of the tricky dishes to make – both shape and softness wise.

There are several theories about the flatbread’s origin. One says that the roti came from Persia, was thicker and made of maida. Its wheat avatar originated in the state of erstwhile Awadh, where wheat was consumed well, and took a slightly coarse form, which was much akin to the chapati we have today. A probable explanation to this may be that roti for travelers, was like a katori (bowl), which helped you hold the curry while enjoying the meal, thus, negating the need to carry utensils while traveling. The modern day Paasti that is widely eaten in Marwat, Bannu, Waziristan and its surrounding areas with Penda may have some resemblance to the first iteration of rotis. 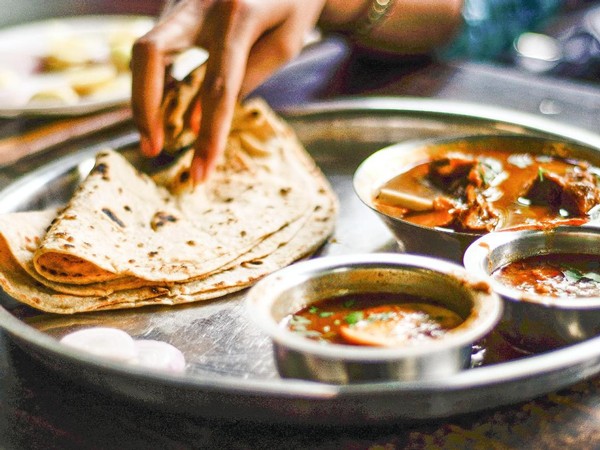 Rotis made the South African way with butter