This recipe is unbelievably easy and so delicious. If you’re the type of person who has never really been into roasted potatoes because they’re too “potatoey” and not enough like a french fry , then these are for you!

They’re the perfect potato side dish – a cross between mashed potatoes, oven roasted potatoes and crunchy home fries. Really, pretty darn perfect. Plus, you can tweak the seasoning and fresh herbs to make them taste like whatever you’re in the mood for or have on hand.

Potatoes were first cultivated by the Inca Indians around 5000 BC and were brought to Europe in 1536 by the Spanish when they conquered Peru. We don't know who made the first roast potatoes, but we think the Spanish tried it first. We'll give this one to España! 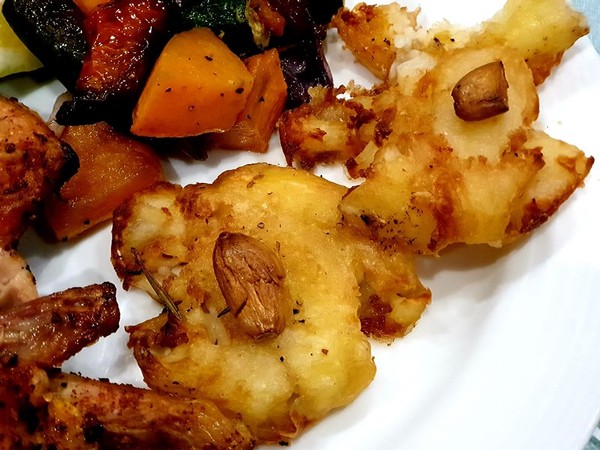