Flanken is a traditional Eastern European Jewish short rib dish, and serves as the origin of flanken cut of short ribs. Flanken-cut short ribs are boiled in broth with onions and other seasonings. 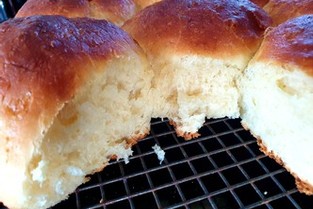 Beef short ribs are foolproof, and as long as two things happen. First, the beef must be really well browned – I’m talking deep, dark, crusty, and caramelized. Then just braise them until they’re fork-tender. Simple.

Short ribs generally require long periods of cooking in order to break down the connective tissues in the meat and make the meat tender. Methods of preparation include braising, stewing, and sous-vide. Short ribs may also be barbecued, a popular method that subjects the beef to high heat in a relatively short period of time.

Pot-au-feu is a classic French method of cooking short ribs. Flanken is a traditional Eastern European Jewish short rib dish, and serves as the origin of flanken cut of short ribs. Flanken-cut short ribs are boiled in broth with onions and other seasonings until the meat is very tender and the broth is rich. The stew is then served with grated horseradish.

In Korea, short lengths of rib are often further butchered by butterflying (or using an accordion cut) to unfurl the meat into a long ribbon trailing from the bone, or the meat can be removed from the bone entirely and cut into thin 0.125-to-0.25-inch (0.32 to 0.64 cm) slices. Short ribs marinated in ganjang (a Korean soy sauce) and then rapidly grilled are known as galbi. Short ribs prepared in the galbi style, but slow-cooked or steamed along with spices and vegetables is known as galbijjim.

A specific type of short rib dish which originated in Hawaii is known as Maui-style ribs. In this dish, flanken-cut ribs are marinated in soy sauce, brown sugar, and ginger, and then swiftly grilled.

The "Royal short rib" is a short rib dish prepared in Europe and the United States which uses ribs nine through 12. The membrane is removed from the inner side of an English-cut plate, and the plate sliced into its component ribs. The bone is then pulled up from the meat, leaving meat attached at only one end of the rib. The meat is then rolled backward and tucked under itself.

Tabiltas are Mexican-style flanken-cut short ribs that are marinated and then grilled.